There are seven episodes. Each episode has its own enemies and setting. There are a different number of levels in each episode. 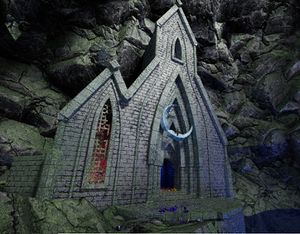 Astral Equinox is big complex of temples built by the Lunar cult in order to worship Moon there. As the Evil came to this place, it turned normally pacifist Lunar worshippers into mindless cultists that are not afraid to kill anybody who dares not to worship The Moon. As the whole place is built in one big mountain, the player needs to make his way from the bottom to the top in order to stop this madness and slay the leader of this cult, Moon Guardian. 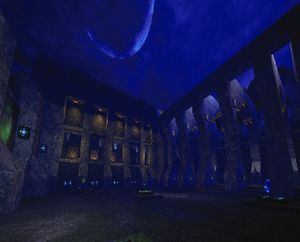 Domain of the Sentinels was once a place where right and order prevailed and the Sentinels lived in peace. In this World, Evil manifested itself in the form of a parasite that posseses humanoid hosts in order for it to complete its life cycle. The player needs to cross these lands and find the mother of these parasites The Scrounge in order to cleanse this World from Evil. 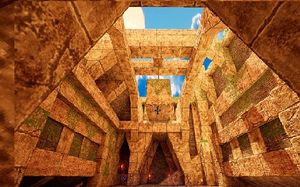 The Sacred path was always a resting place for fallen warriors and for one to make his journey through their tombs, learn their wisdom and atone for his sins. Now that the Evil came to this place and summoned Corrupt Spirit, the souls of buried warriors were awakened and now they roam aimlessly through this World with their only intention being to kill everybody on sight. The Player needs to purge this world by banishing the Corrupt Spirit back to where she came from. 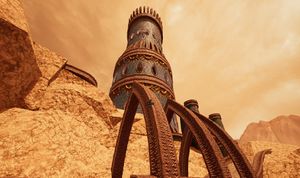 Solar Solstice is the exact opposite of the Astral Equinox World. Here, instead of Lunar cult, worshippers of Sun reside. Even though they've always despised the Lunar worshippers, it wasn't until Evil came to this place and corrupted them that they started murdering anybody who doesn't worship the Sun. The Player's objective is to get to the highest tower of this World, where the Solar Saint commands his subjects, and exterminate him.

The Forges are located in a world that has been stripped of all magic, and instead relies on technology and its benefits. When Evil came to this place, it manifested itself around the Forge and possessed its master who immediately started producing dangerous weapons and an army that could serve The Evil. Player has to make his way inside The Forges and eliminate Forgemaster, thus stopping Evil's influence in this world. 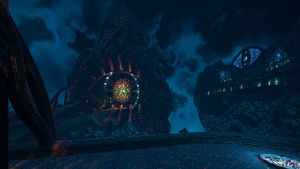 This world is the exact opposite of The Forges. Its inhabitants devoted their whole lives to magic, and even the whole existence of the Expanses depends on the force of magic. Some of the weapons that Champion wields were also created using magic from this place. When Evil came to this place, it wasn't hard to turn everybody to its side, as they were already worshipping it, and were awaiting it's arrival. As a reward for their obedience, Evil showed them some of its ancient magical arts, one of which even allowed them to access a whole new dimensions altogether and summon dangerous beasts that lie within them. Champion's task here is to stop the mages inhabiting the Arcane Expanse and close their portal to another dimensions in order not to let any horrifying creatures to our space.

has to tighten his senses and explore them in order to find a way to Unholy Sanctuary.

so they Hexed the passage leading to the island with Unholy Sanctuary. Now the passage has been turned to a chaotic labyrinth that lacks any sorts of logical sense. It is still, however, the only way, so The Champion has to overcome this obstacle.

Unholy Sanctuary, changing the laws of physics of liquid substances such as water.The Champion has to adapt himself on these new circumstances, and use them to reach the Unholy Sanctuary in time. 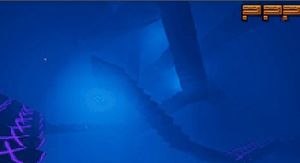 The final challenge. The Void is a twisted dimension of chaos and madness, and the source of all Evil that has corrupted the sacred realms. After liberating these realms, the barrier separating the Void from our world has grown weaker, allowing the Champion to enter, and finally end Evil's reign once and for all. But it won't be easy. In here, shadows are alive, and a malevolent presence watches the Champion's every move...